Another geometric pattern. It is printed on pure Silk (Crêpe Georgette ) which is an amazing material but rather hard to sew. For me at least ;o).

The print preparation was quite a struggle because Adobe Illustrator had some difficulties to process the amount of paths. In the end I had to switch to PSD in order to get the print file.

Anyway, first I had a few color swatches produced and in the second step I selected two of them for the final production. They were printed at Printunlimited. 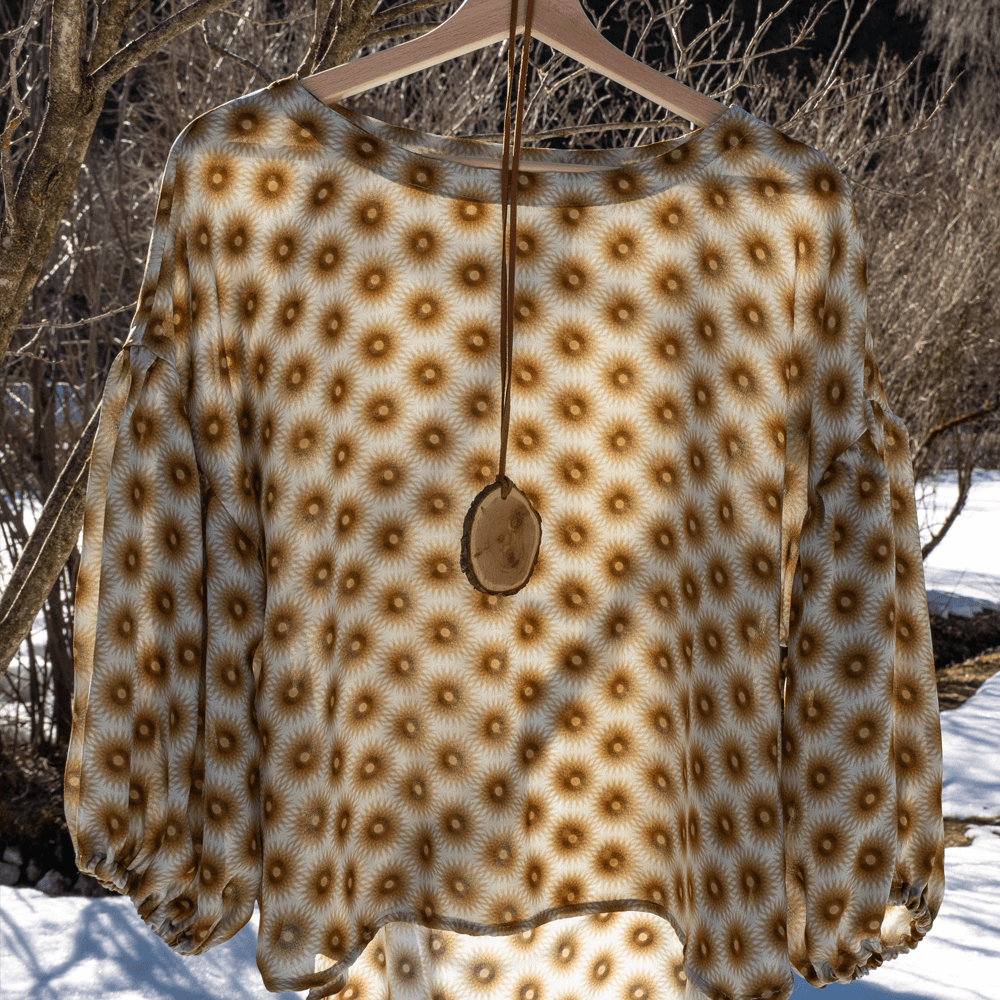 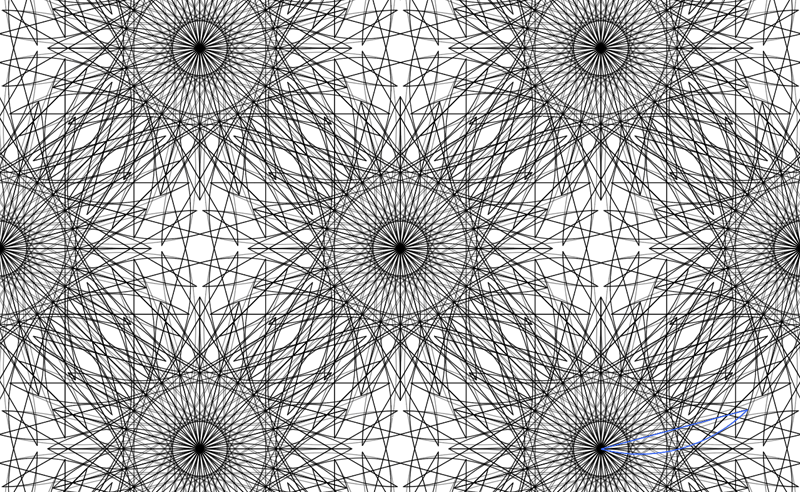 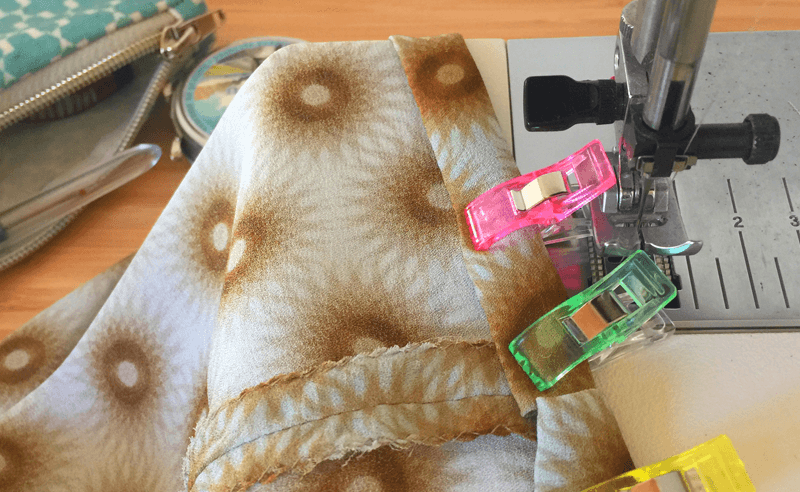 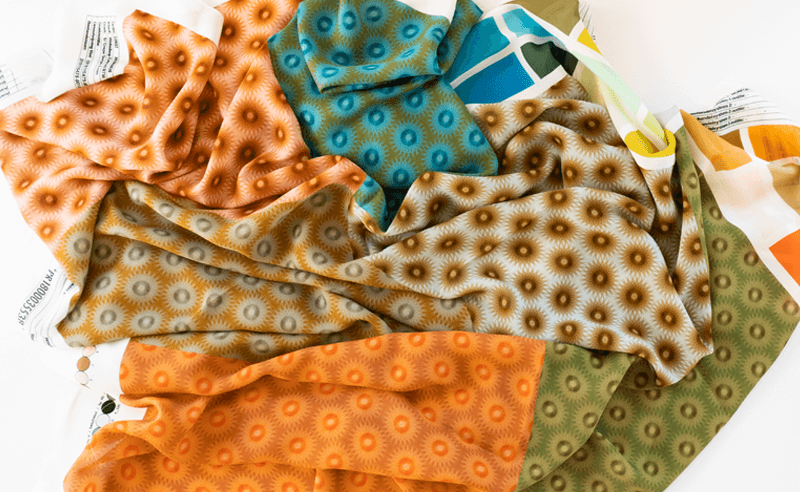